Summer ’22 with the Centre I 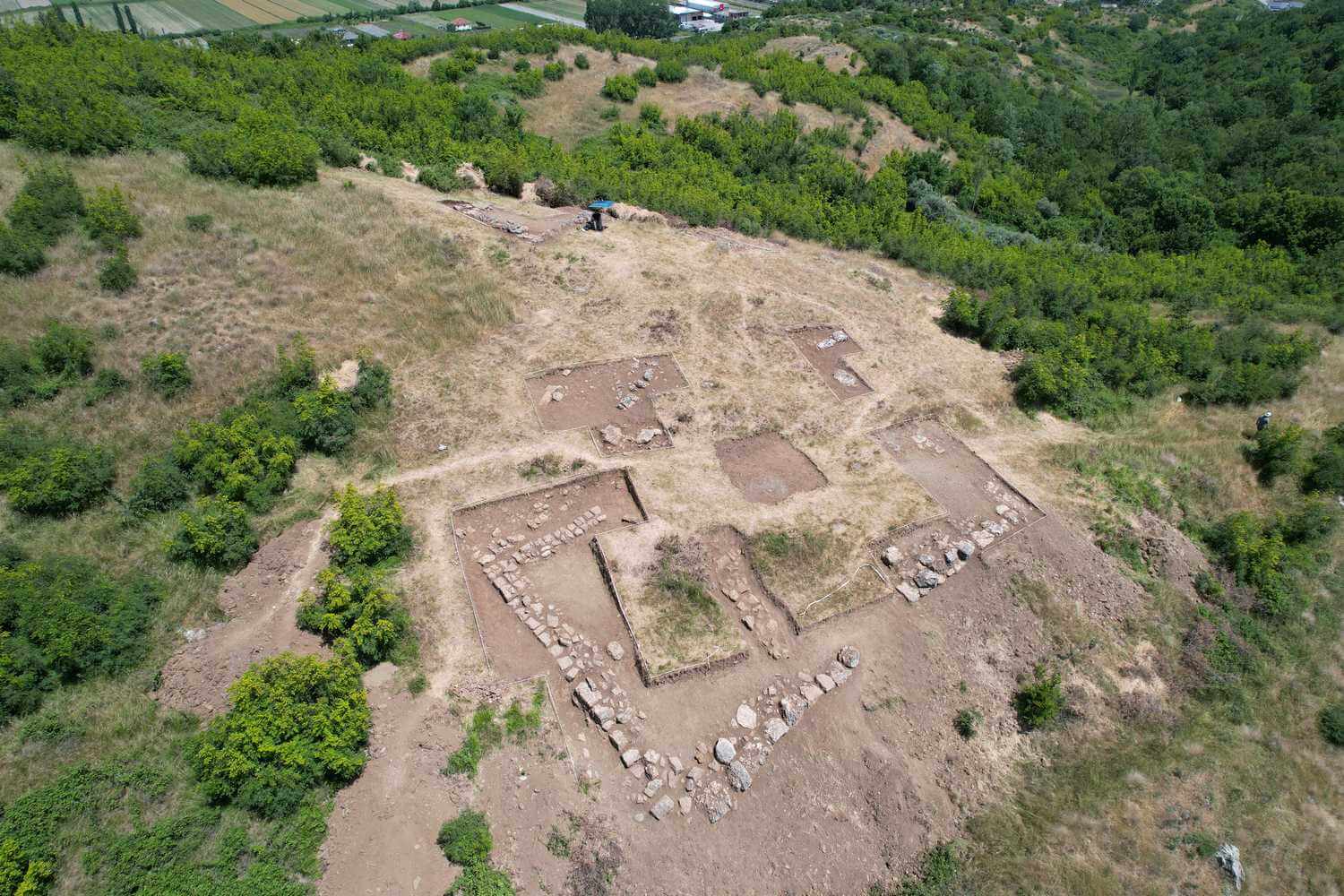 As usual on excavations, time passes very quickly. We have passed the halfway point of the excavations at Bushati, a site near Shkodra, so it is high time for some preliminary information.
As our readers probably know, Bushati is a site whose ancient name is unknown. We suspect – but this is a working hypothesis – that we may have come across the ruins of ancient Bassania. However, only further research will confirm or refute this hypothesis – among other reasons, which is why we are conducting it. All the more so, as nowadays ruins of extensive ancient towns (12 hectares!) of unknown name are generally no longer discovered. This is an extraordinary archaeological adventure and a treat for us!
After two years the site required intensive preparatory work. The lush nature had done its job. We set up our excavation on the spot where the geophysical survey had been carried out earlier. It is located at the highest point of the south-facing plateau, below the highest peak. 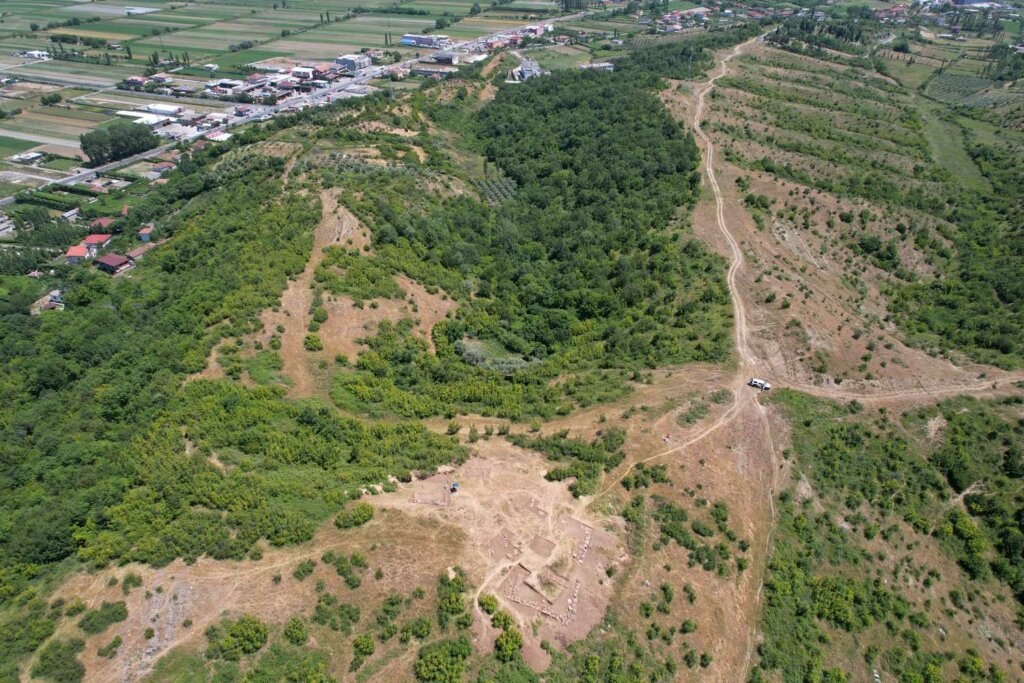 Although the area has been eroded considerably, we captured the remains of three buildings. Unfortunately, they are mostly preserved in the foundation parts. The solid structures were made of large lightly worked blocks of local conglomerate, creating, without mortar, foundations 90 cm wide. Two inch structures and a fragment of a third were uncovered. As it seems these were some of the most prominent, visible from a distance, buildings of the ancient city. The first one measures over 20 by over 11 metres and was divided into smaller interiors – probably three. It is oriented in such a way that its longer side runs on the edge of the hill, which suggests that perhaps there was no defensive wall at this place, and its function was fulfilled by the monumental wall of the building. A short distance away, parallel to the other longer side, a fragment of another, apparently identical, building was uncovered. The third, smaller and rectangular building, over 6 m wide and 7 m long, has been eroded and its foundations and walls are scattered on the hillside. Although the state of preservation of these structures is very poor, numerous fragments of pottery have survived which provisionally allow their dating. Apart from fragments of Hellenistic amphorae, there are also fragments of skyphos and other tableware, the surface of which is covered with black firnis. 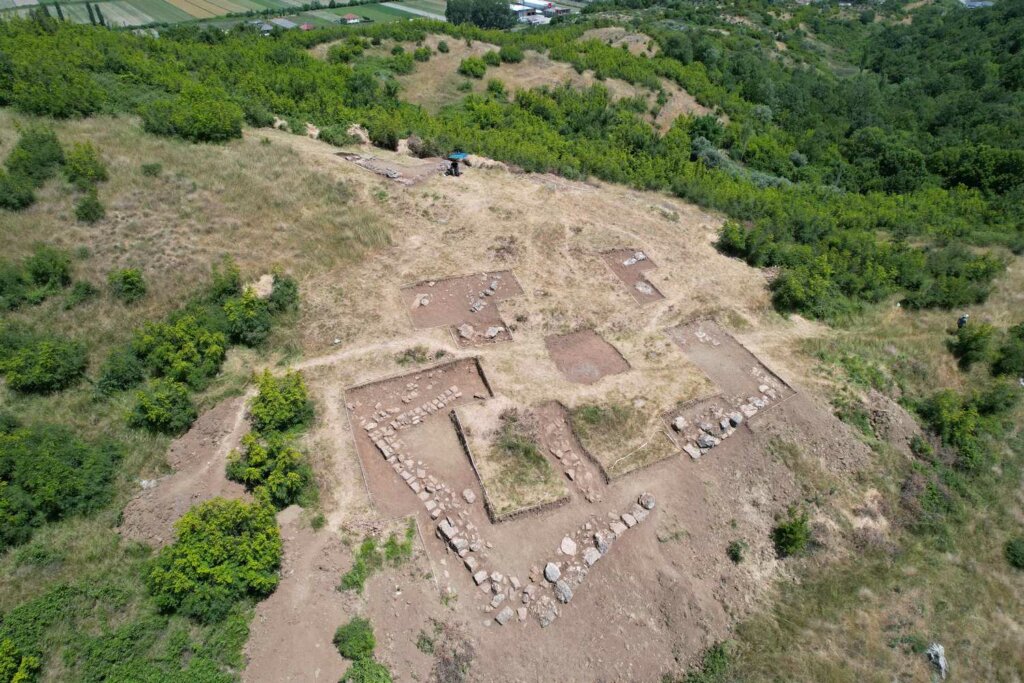 All the data indicate that we are dealing with Hellenistic buildings from the end of the 3rd and the first half of the 2nd century BC. In the course of our work we uncovered for the first time elements of the internal buildings of the Hellenistic city. The functions of these buildings remain so far in the sphere of hypotheses, but their location within the city indicates their prestigious character. As it is in archaeology: the more questions, the more puzzles, the more working hypotheses, the more interesting!

Our excavations are of great interest not only to the local community. We have been visited by journalists during each of our previous campaigns. This tradition has been fulfilled this year as well. A large group of TV journalists visited us at the excavation site to record a report on our research. This was published on local TV Scodra as well as on the 1st national TV channel.
As a measure of the interest in our work, we were also contacted by the bosses of the local Bushat football club, who informed us that – thanks to our excavations – the club had adopted the name Bassania, referring to the hypothesis that this was the name of the unknown city mentioned by Livy that we had discovered.

In line with the plan for this year’s campaign, in parallel with the excavations, conservation work is ongoing at the Rozafa fortress in Shkodra. As part of the IDUB programme, we decided to make a cast of an extremely important and interesting Roman inscription, located in a pillar supporting the vault of a Venetian cistern. 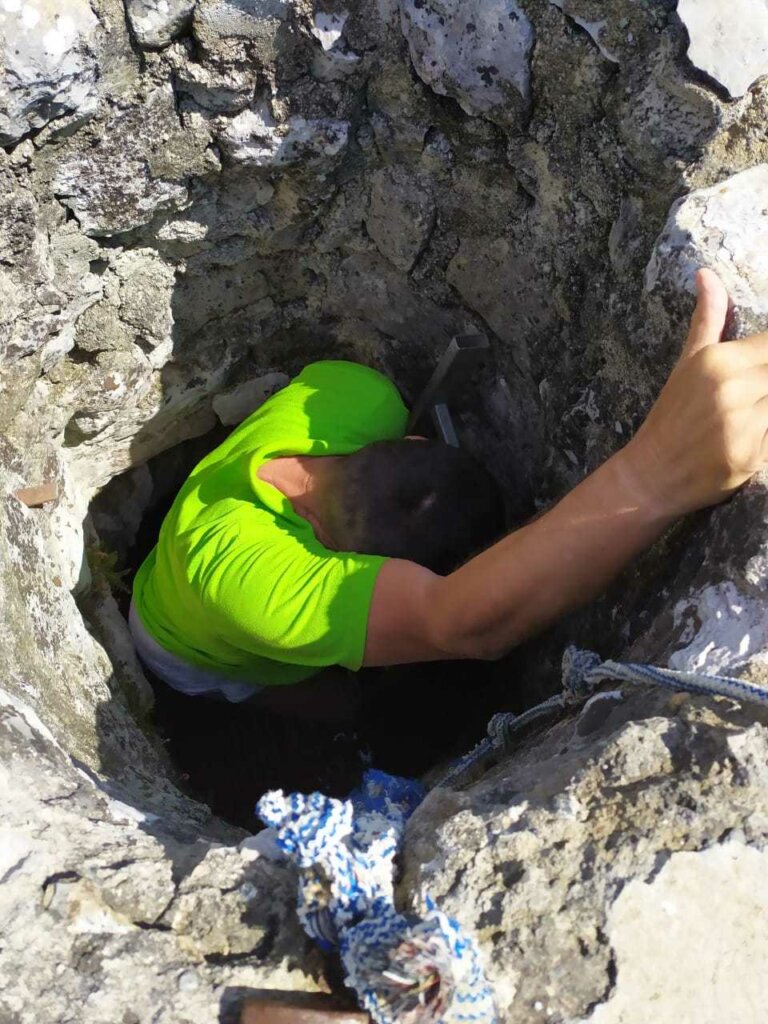 It was discovered by us already in the first excavation campaign, and as faithful readers of our field reports may remember, it concerns the inscriptions of C. Memmius Iulius Maioriarius, who held the post of deputy commander of the first centurion of the first cohort of the Roman legion stationed in a hitherto unknown place near Shkodra. The inscription dates back to the 3rd century AD and is interesting not only because of the accurately described career of the Roman mentioned, but above all because it mentions that Shkodra had the status of a Roman colony at that time.
As this inscription cannot be excavated and is of cardinal importance for the history of Shkodra, together with fellow Albanian conservators we decided to make a cast of it for the Archaeological Museum. 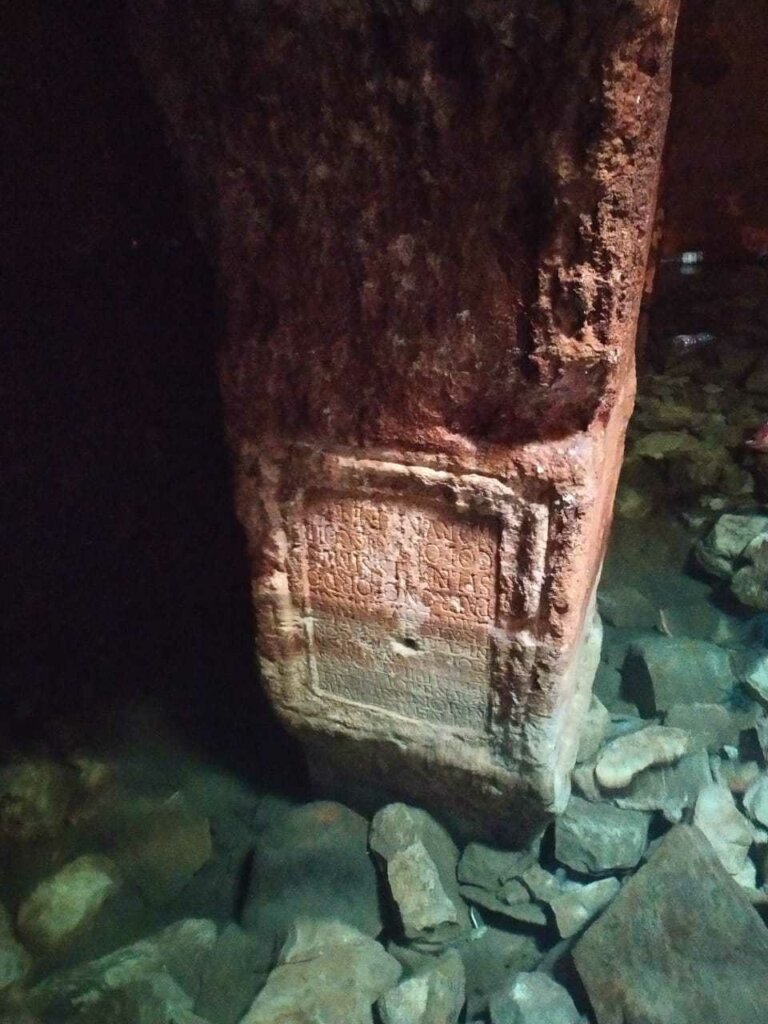 After the arduous pumping out of the water from the cistern and the initial drying of the inscription, the conservation procedures still in progress – thorough cleaning and drying – have begun, and then the cast will be made, also for the University of Warsaw.
Soon we will be on our way again. The distance will not be too far – only a three-hour drive from Shkodra – our next destination Risan. This time in the capital of the Illyrian king Ballaios and queen Teuta, we will try to get new data on the history of this extremely important site at the acropolis.

Despite the ongoing excavations, the Centre is implementing the EU PICASP programme as scheduled. As part of this programme we are preparing presentations of our excavations at various sites for the upcoming on-line conference. At the same time, in early July a meeting of representatives of institutions participating in the project is to be held in Rome. The Centre will be represented by Dr. Krzysztof Narloch.