We are pleased to announce that the accomplishments of The Danube Underwater Heritage Project from the 2017-2019 seasons to date have been published in two articles available online: 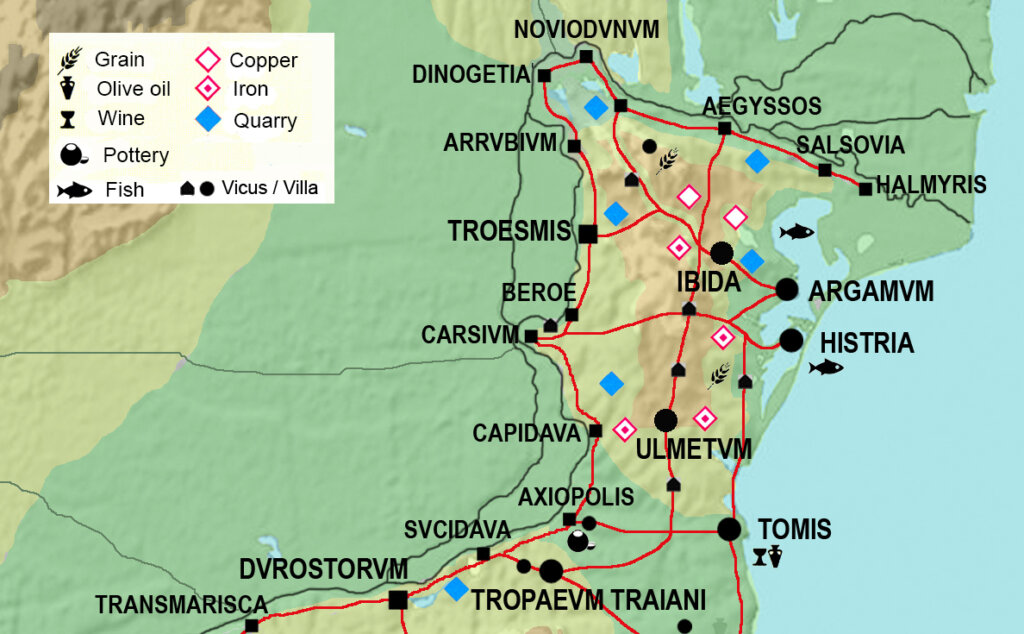 The first season of the non-invasive underwater project “The Danube Underwater Heritage: Trade and Shipwrecks at the Lower Danube and the Danube Delta” in Romania is over. Its realization was possible thanks to the official cooperation between the Center for Southeast European Antiquities of the University of Warsaw (headed by Dr. Martin Lemke) and The Eco-Museum Research Institute named after “Gavril Simion” in Tulcea (headed by Dr. George Nuţu).

The Sulina and Sfântu Gheorghe rivers represent two branches of the three into which the Danube divides within its delta and which directly flow into the Black Sea. The line of the lower Danube was heavily fortified during the Roman period. Along the boundary marked by the river rose a chain of fortresses: Durostorum, Sucidava, Axiopolis, Capidava, Cavsium, Arrubium, Noviodunum or Aegyssus. The nautae universi Danuvi and the war fleet classis Flavia Moesica (at Noviodunum) were active here. Ships that wished to navigate the Danube and reach inland centers directly on its banks had to enter one of its branches directly from the Black Sea basin. The navigable rivers, in addition to the road network, were very important communication and trade routes. They supplied goods not only necessary for the functioning of the legion camps, but also goods for trade. From Arian’s description of the Black Sea coast found in the Periplus Ponti Euxini, we learn about the location of ports on the coast and the navigable rivers that enabled communication between the coast and the hinterland.

In addition to the written sources, we also have oral accounts from local people, which are extremely helpful in planning the exploration. Information about potential archaeological finds deposited in the Sulina River comes from local fishermen and coast guard personnel. An unauthorized survey took place within the Bazinul Mare basin (Sulina River), during which three late medieval/early modern wrecks, made of sheet-covered wood, were encountered. Local treasure hunters pulled out a cannonball and a cannon wheel from one of them. Within the Sfântu Gheorghe River are two potential sites for Roman wrecks. Last year, an amphora was also found in the river, which is now at The Eco-Museum Research Institute, Tulcea.

In 2017, the first research season took place, during which various points within archaeological sites located in the Danube Delta were verified. The work was carried out from the boat using non-invasive methods: a side scanner and a bottom profiler were pulled behind the boat so that the acoustic streams covered the entire surveyed area. The images obtained in this way were then analyzed, and based on the data obtained, sites were selected for verification by divers. Marta Bajtler and Karolina Trusz, as well as Polish and Romanian collaborators, including Dr. George Nuţu, set out on this journey. The exploration covered Bazinul Mare (Sulina estuary), Lake Sinoe adjacent to the ancient Histria, and Lake Razim where the ancient Argamum is located.

In the first case we had to do with an artificial reservoir, which was dug for large vessels entering the Sulina (one of the arms of the Danube), at the bottom of which numerous modern boats and ships lay. Bazinul Mare is quite a shallow reservoir (maximum depth is 9-10 m), and due to the direct connection with the river there is very little visibility in the reservoir. As we were able to establish during conversations with local residents, the ‘Great Basin’ was constructed several decades ago, probably during Ceau?escu’s reign, on land that was still sea a hundred years earlier. Construction work on the reservoir uncovered sunken and then buried shipwrecks by the growing delta, which sank near the then shore.

The area was checked with sonar and bottom profiler, and selected points were verified by divers and documented where possible. A total of 21 anomalies were identified, of which 5 looked like potential wrecks. Due to very poor visibility in the water, 3 points were verified by divers. The effect of the underwater exploration of the above-mentioned points is the confirmation of the presence of three vessels on the day of the basin:

Shipwreck Sulina A – the best preserved of the discovered wrecks. Situated at a depth of 6 meters, visibility practically zero. The stern is invisible, buried in sediments. Preserved length – about 30m. Wooden hull with metal reinforcement. Frame width: 25 cm, board thickness: 5 cm. The wreck contained a transport of cannonballs and probably a cannon. Numerous balls (30 cm in diameter) and a wooden wheel from a cannon were found. The second wheel is in the local museum. The cannons have not been located. A chain was also discovered on the wreck, which was patented in 1810, giving us a terminus post quem.

Shipwreck Sulina B – wooden wreck located at 8 m depth. Visibility is zero, so we could only confirm that there is a wooden vessel there.

Prospecting on the lakes was much more difficult. In both cases they were very shallow reservoirs with zero visibility. Part of the archaeological site Histria is currently under water. We are aware of reports that at low water levels in the lake walls appeared. Local researchers believe that these may have been city walls from the early Roman period. The stone structure, which is under a layer of silt, has been traced with a mobile RTK measuring device, but further verification is needed. The part of the lake in close proximity to the ancient city was also checked with sonar and profiler to look for further anomalies. Preliminary measurements, however, did not reveal anything. A photomosaic was also taken for the entire site.

In Argamum, during the earthquake, part of the site, which was located on a high cliff, collapsed into the lake. This year, the area from the shore of Argamum towards the island of Bisericuta was checked using sonar and a bottom profiler. Localized anomalies will be checked during the next survey season.

The project Non-invasive Underwater Prospecting of the Sulina and Sfântu Gheorghe Rivers (Danube Delta) in Romania was carried out under funding from the UW Research Movement Advisory Board (syg.10/II/2017) and a Microgrant awarded under UW internal grants. The project was carried out by members of SKN “Wod.o.Lot” and in collaboration with Archcom.